Language – in its broadest sense – permeates the video, sound, installation and performance work of Laure Prouvost. Known for her immersive and mixed-media installations that combine film and installation in humorous and idiosyncratic ways, Prouvost’s work addresses miscommunication and ideas becoming lost in translation. Playing with language as a tool for the imagination, Prouvost is interested in confounding linear narratives and expected associations among words, images and meaning. She combines existing and imagined personal memories with artistic and literary references to create complex film installations that muddy the distinction between fiction and reality. At once seductive and jarring, her approach to filmmaking employs layered storytelling, quick edits, montage and wordplay and is composed of a rich, tactile assortment of images, sounds, spoken and written phrases. The videos are often shown within immersive environments which comprise found objects, sculptures, painting and drawings, signs, furniture and architectural assemblages, that are rendered complicit within the overarching narrative of the installation.

The video is of a self-proclaimed curator of artists video works explaining what he sees as the role and function of video art, quoting Walter Benjamin along the way. His speech, though, is spliced and reworded so as to become almost incomprehensible. There are distracting jump-cuts to people in pools and farm animals, while the voiceover is humorously mis-subtitled: How can any film be an artwork, and how can any film not be an artwork? comes out as How may feeling a cow can always be in? Why he never felt like that when he kissed Madonna, even at work?”- Chris Fite-Wassilak, Frieze

Laure Prouvost parodies her own role as a director, and our role as an audience, as she directs attention to the screening space itself.

It, Heat, Hit is a new work that constructs and propels an inferred story through a fast-moving sequence of written commentary and excerpts of everyday incidents and pictures that have been filmed by the artist. Innocent and pleasing images, such as a swimming frog or snowy street scene, are followed by statements of love and implied violence. These are inter-cut with strange, disconnected images, such as close-ups of flowers, body parts or food. The mood of the film gradually becomes darker and more unsettling, though nothing is stated directly. The growing intensity of the film is reinforced by the oppressive rhythm of a drum which accompanies snatches of music and speech.

As with Prouvost’s other films, the pace tests the limits of perception and makes it hard to take in every image and comment. Repeated viewing subtly shifts what is understood each time, as Prouvost highlights the slipperiness of meaning and notions of reality. 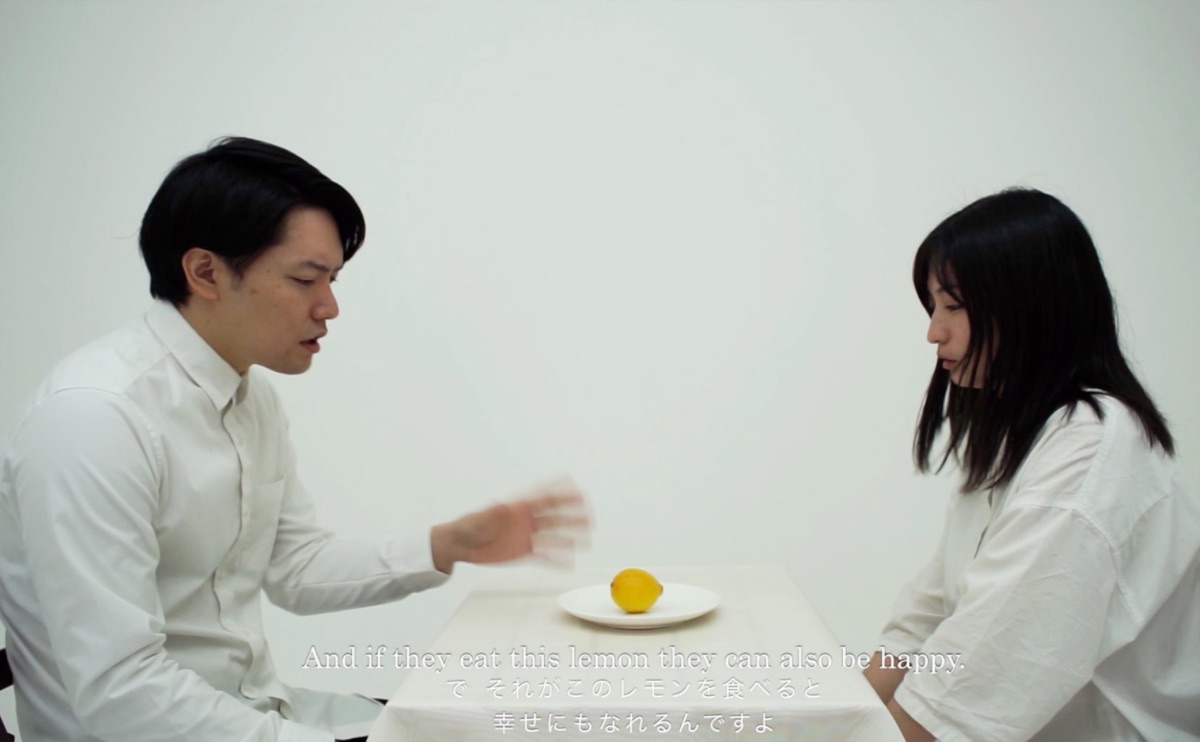 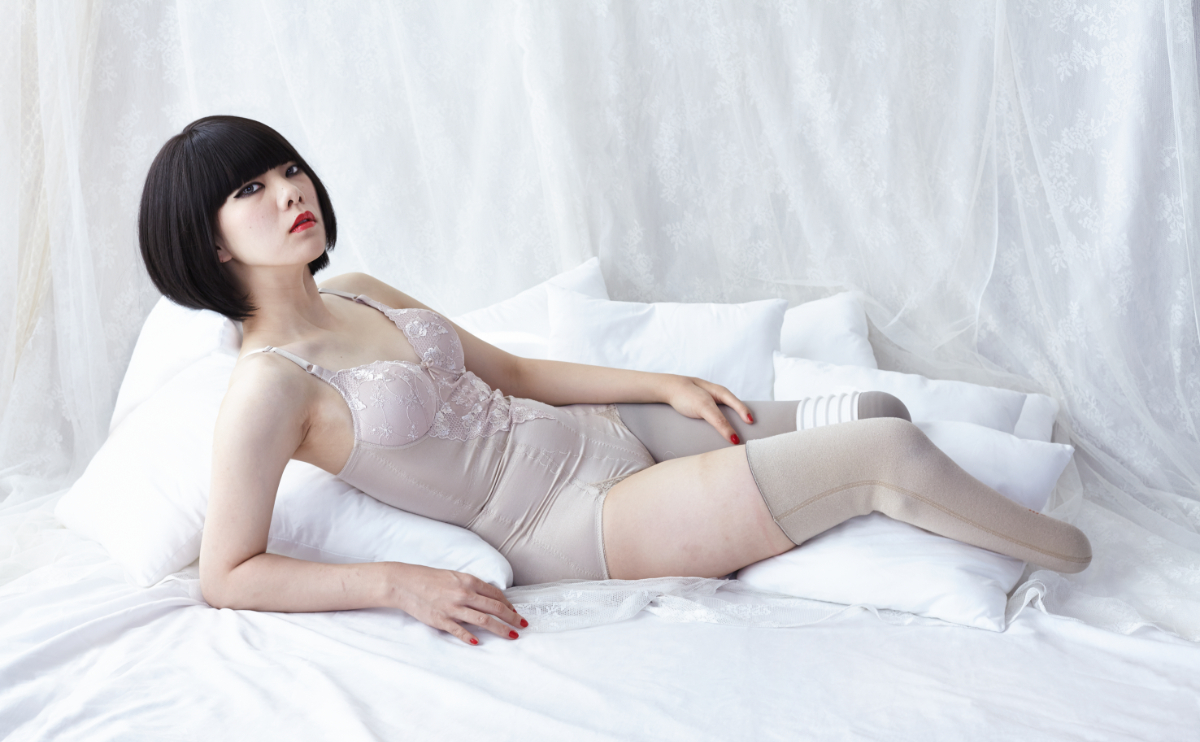 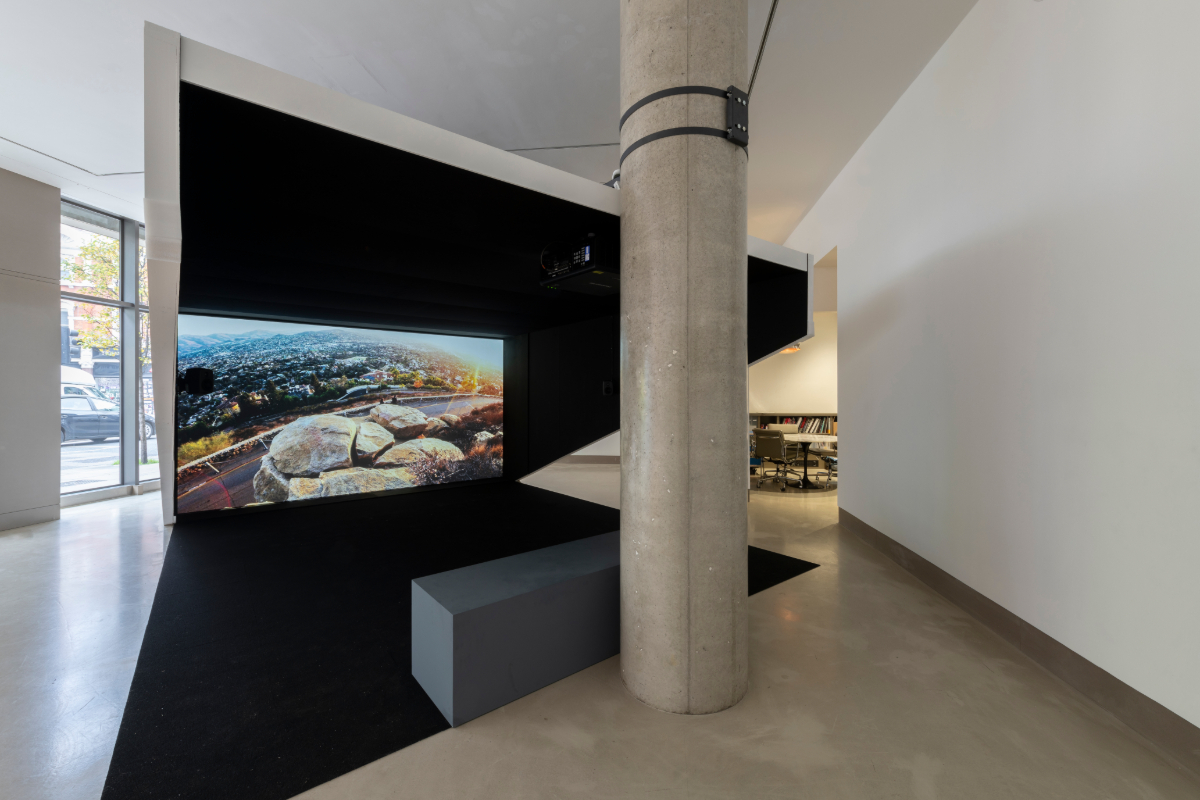